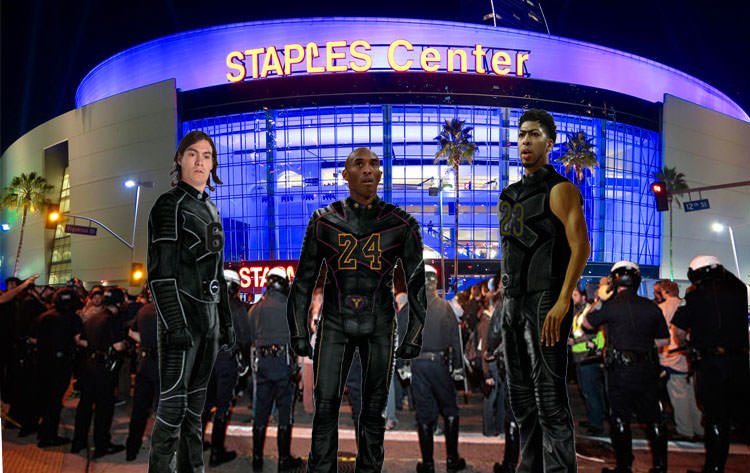 Back in December I dropped dime of the comic and to my surprise and heartbreak, no one cared. At first I was upset because I thought a new AMC would excite the basketball internet world but it did the exact opposite. Only a handful of people remembered the previous issues and were slightly happy to learn of the new comic. Sadness quickly turned to understanding. I understood that life had moved on over the last 7 years and my comics had become "Old News".

As I realized this I could not help but feel a sense of excitement. I wasn't mad or sad about being forgotten. I was even happier than if everyone remembered the first five issues and had been sitting around waiting for the next one. I thought back to the release of the very first issue. Everyone was so accepting of this new form of art and story telling and the comic was a great escape from the ups and downs of the NBA season. There was no pressure from me to deliver with a comic because no one was expecting it. With that knowledge I knew that I could have the same affect with the 6th issue and open doors for a new audience. Now fans of the previous work and new fans could read this comic and really enjoy it on a grander scale.

I know this might make me come off as conceited but I hope this comic elicits a response out of you. From my perspective I'm burning with excitement because I've spent that last 10 months working on this massive project and I know it's going to be good and I know a huge amount of people are going to enjoy this comic more so than any of the comics that precede it and I'm sitting on gold and I cannot wait to share it with you all.

To clarify Yes! I said I've spent the last 10 months working on this comic. The magnitude of this story required the time and patience unlike the previous 5 issues did before it. I quadrupled the page amount multiplied the picture amount by 11 making this the longest comic of the entire series and makes the others look more like comic strips to this Bible sized Novel. This is also the first comic to be made entirely in Adobe Photoshop so visually is the best looking of the series.

In closing I truly hope that everyone enjoys this comic. Obviously this is wishful thinking but if am for 100% satisfaction and come up short then I'm looking at a percentage somewhere in the 90's. Hornets Planet has always been highly supportive of my work and Comics so I thank them for allowing this post to be posted and I want everyone who's ever enjoyed these comics to take this one to heart because I've always made these things to entertain people and if the fans of the original work enjoy them I hope it's a little more than everyone else because I hold you in a special place for the years of support, praise, and And1's.

HornetsPlanet is not officially associated with the Charlotte Hornets, The National Basketball Association, or any other media site.
Skin Crafted by Audentio Design.